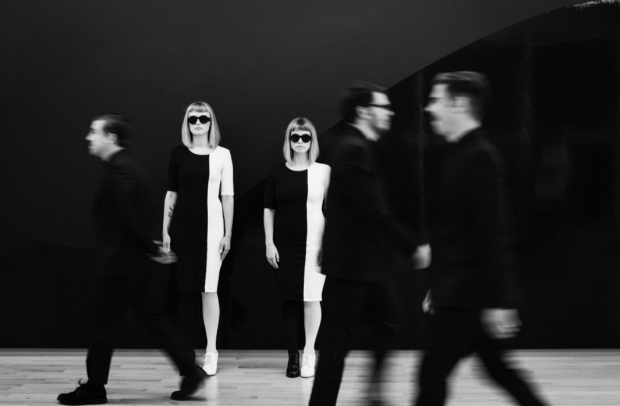 A new video – Tempest – is out now from Lucius, in my opinion the coolest band of the moment as well as the most awaited. Its debut album Wildewoman is out now in US + Canada. I’m just waiting for the European release.

The band is fronted by Jess Wolfe and Holly Laessig, two blonde girls which sing in sync and dress in matching stylized outfits. They have as Lucius a great and stylish vintage sound – 60’s mostly – with a modern approach. Nothing is left to fortuity. On the contrary, the band’s sophisticated touch needs accuracy in creating the overall mood. No virtuosities from a mere sound perspective, except for the fact tat it’s quite impossible distinguish the two voices – and actually this is a pure virtuosity – Lucius is a matter of harmonies, complicity, feelings that Jesse and Holly are able to give to all of us with the help of three good musicians on their back.

In the end, Lucius is a matter of mood, it’s pure attitude!

From your Undercover Agent,
PjLuca

← After The Disco – Part Two – by Broken Bells
The Killers with Just Another Girl: it’s time to move on →